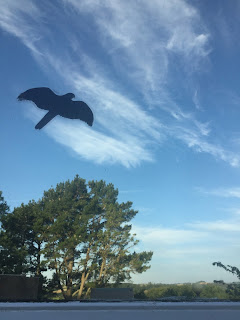 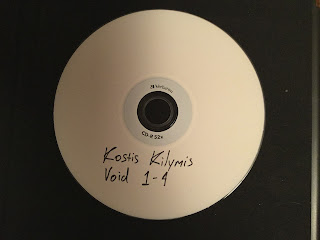 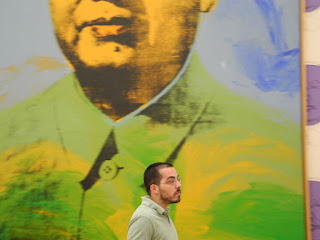 On arrival it was sad to hear that DJ 2Shoes has hung up his stylus. I used to arrive at the station and he'd be finishing off his 2 hours of 1990's deep house mix. Quiet lad but with an obvious sense of fun and mischief. Sad to see him go … real name "Andy". His show has been replaced by "A Conversation" where folk are invited to "pop in" and have a chat, from what I could work out it was three women talking about a lettuce that looked like a Christmas tree. (Only on SoundArt).
Another beautiful evening, the rouged sky sunset over the woods towards Dartmoor whilst Psychic TV "Kondole" was blasting out loud from the studio speakers was a special moment. Also special was the session from Greek sound artist Kostis Kilymis. 20 odd minutes of new material entitled "The Void (Parts 1 - 4)". I mistakenly mentioned Kostis runs the record store "Electric Knife" in London. He doesn't … I was mixing him up with Thanasis (another greek friend). Apologies - blame the Stella & Tyksie!
It's quite a delicate and quiet programme. Please take a listen and feel free to comment.
https://www.mixcloud.com/muhsteve/mhmur-radio-soundart-fm-kostis-kilymis/

The next programme will be on July 23 and probably feature some rare and unreleased material from Le Syndicat.