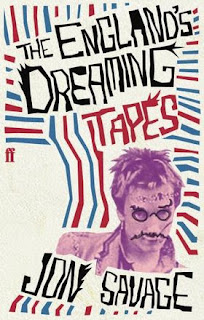 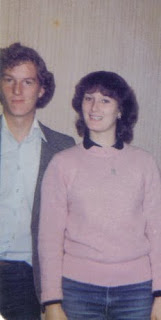 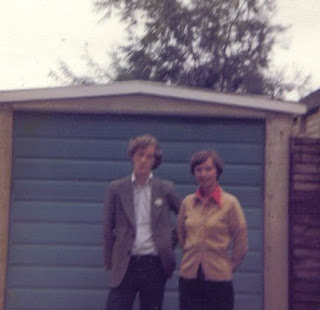 Just finished reading my first book of 2010, the mammoth "England's Dreaming Tapes" by John Savage. A fascinating and "unputdownable" read that I have to thank my Mother and her Waterstones vouchers as Christmas present for. Nice one ma!
I love reading books about '76 / '77 / '78 etc. I read the "England's Dreaming" book back in 1992 and loved every page. I love reading books about the birth of punk / new wave (or whatever it is called - post punk et al). I read and collect. Books on Sex Pistols, The Roxy Club, autobiographies by Jah Wobble and John Lydon. "Scenes" like Sheffield, Manchester and the ever popular book to accompany the reformation: Gang Of Four, Throbbing Gristle, Magazine, Slits etc.... I'll buy 'em, I'll read 'em. John Savage I find a great and entertaining writer.
"Rip It Up And Start Again" though is an awful book and should be destroyed!!
Back to "England's Dreaming Tapes".
Punk Rock and its' "birth" means nothing to me. The Ramones, New York Dolls, Punk mag etc - through to Sex Pistols, The 101'ers, The Clash in London 1976. Interesting but nothing that I can relate to. Sex Pistols as an art movement / situationalist propaganda against Sex Pistols as an advert for Vivienne Westwoods' clothes shop - interesting. But at the time I never liked The Sex Pistols or The Clash. Sure, I bought "God Save The Queen" in 1977, who didn't, but that was my token buy.

I was 15 / 16 in 1977. Still at school, and along with a chap called Mark Collins, the only "punks" in school. 1977 and I was still listening to Fleetwood Mac, Kiss, Frank Zappa, Jethro Tull - stuff that was deemed "Rock A-Z" in the racks of the local record shop. My sister-Julie-then brought home (from school) 2 records - firstly Sex Pistols "Anarchy" on EMI and then "Damned Damned Damned" LP by The Damned, it was this record that changed my life. The soundtrack of the road to Damascus. Punk 1976 never hit Lincoln, or its' cosy overspill town of North Hykeham. We had to wait until 1977 - and then it wasn't the great and the good that are written about in these books on "punk" that came and visited the frozen North (or East Midlands depending on your knowledge of geography) it was bands like The Stukas, The Depressions, Eater, The Adverts, The Vibrators...Bethnal for fucks sake that came to play for us all. And reading the books like "England's Dreaming Tapes" it sort of makes us parochials seem like second class citizens because we weren't there when the Pistols played Andrew Logan's party!
Back in 1977 Julie used to bring other albums in to the house. Albums by the likes of Sensational Alex Harvey Band, Ultravox! and The Jam, and it was these bands - along with the Damned that I got "in to".
The first "punk" band that I ever saw were The Secret. They were supporting XTC at Nottingham Uni in January 1978. Shrink on guitar, Bobby Henry on vocals. Classic gig. I went and bought their 7" "The Young Ones" (Yes the old Cliff Richard humdinger) on Arista Records. I would give £20 for that single today!!

So what I am trying to say here: The bibles, the books, that are written about punk and then disregard other groups that were going at the same time whether or not they be old pub rock groups (like Ian Dury or The Vibrators) or so called bandwagon jumpers (like The Depressions, The Stranglers or XTC) - they are wrong. These groups brought the "vibe" the "attitude" to the North. Punk Rock was still vibrant even though the press were trying to tell us it died when The Sex Pistols split.
If it wsan't for The Fall....