Dining Out On Campbell's Soup 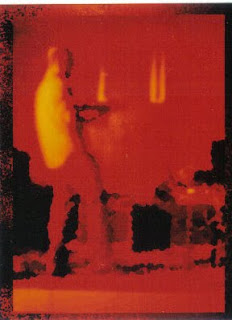 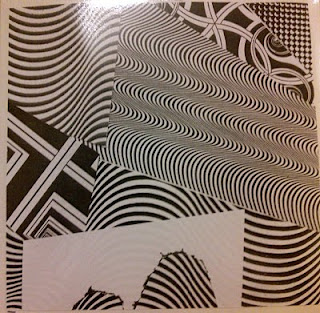 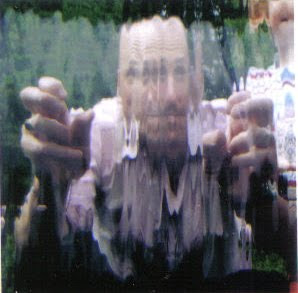 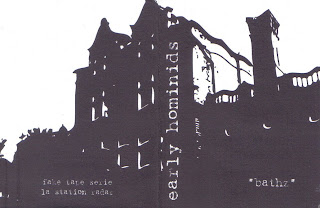 Only two months in to the year and I have three new Astral Social Club releases. Two of them coming in a jiffy this week, along with the Early Hominids CDEP.
Firstly "Metal Oblation", a CDrEP on the (new to me) Apollolaan Recordings label. I am thinking that this is a Dutch label (?). Limited to 100 copies and lasting a little over 25 minutes this is a fine EP. 5 tracks that melt in to one, easy listening and excellent Campbell fare. No punches or surprises pulled here - this is why we buy Astral Social Club. The photocopied insert is pretty cheap and nasty . A pet hate of mine I'm afriad, these hand drawn and hand written inserts, they usually accompany stuff that comes out of Scotland. Mmmmm, is Apollolaan a Scottish label? I played Astral Social Club "#21" directly afterwards and it is a nice follow. 30 odd minutes this time. "Colt" opening up the CDr sounding like an attack of the fax machines - chaos of speeds, blips, tweeks and electronic buzzes. Like the aforementioned release all tracks melt in to the singular and "Lunar" takes us in to a great psychedelic swirl of electronica, rhythms and samples - speeded up and slowed down cassette whirr, heavy keyboards and .. well, sounds that I just cannot recognise. Track 5 "Duct" is "Information Overload" again. Masses of beeps, clicks, whizzes and burrs like when you see documentaries of old massive Babbidge style computers with discs rolling backwards and forwards and soundtracks of beeps, clicks, etc. Lovely stuff. Shorter than the other ASC label CDr's but I must mention that the artwork is changing. Early doors and all Astral Social Club "#" series CDr's had the same sleeve, just different coloured logos on the front sleeve, now the releases are becoming more stylised. I wish Neil had stayed with the "uniform" sleeve - still no going back now. These CDr's'll get played but still nothing compares to "Stig 'Fucking' Anderson" on these two.
Early Hominids 3"CDrEP released by new French label La Station Radar is a different barrel of fish. Recorded live at Batley Baths. Early Hominids are Neil Campbell and Paul Walsh (aka Paul Noonen) both ex members of Smell + Quim. This is 20 odd minutes of improvised "noise" rather like the early days of Smell + Quim. A pleasant listen, but not one that'll have repeated plays. Perhaps I had to be there, if this gig at all existed!
See what March brings....perhaps the new Astral Social Club 3"CDr on La Station Radar if it isn't sold out.