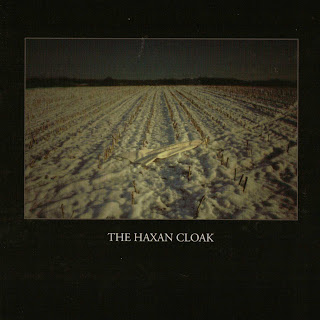 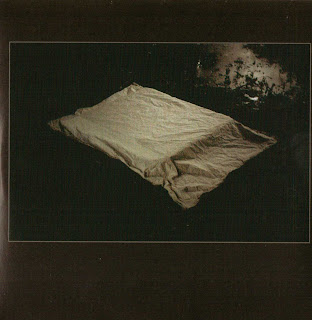 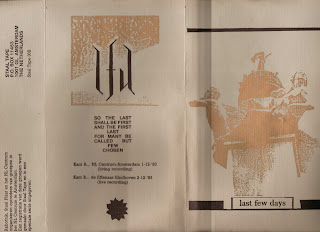 I have just spent a pleasant while listening to the debut album by The Haxan Cloak (not too sure about the "The") on the Aurora Borealis label. (CD:ABX 050). I have been playing the CD for quite a while. Its' sound is one of darkness, of dark empty places, of creakiness and despair. It plays very much like a soundtrack. I bought the album shortly after the 12" "Observatory" and I was completely surprised by the sound. The 12" is very electronic, clever looping a la Bruce Gilbert or Andrew McKenzie mixed with New Age electronics of say Biosphere or CJ Bolland, the CD album is all scraping strings and bass Sensurround. Playing the album today. Listening to the stretched strings of viola of cello of violin it dawned on me that I was listening to an extension on the sound of Last Few Days. Whether Bobby Krilic (Haxan Cloak mainman) has heard (of) Last Few Days I have no idea - but with the sound he has, the desperate strings and harmonious (female) voices droning like a Mauthausen Opera it is like listening to a 21st Century Last Few Days...and I love it. There are a couple of rhythm lead pieces, heavy (acoustic) drums that conjure up Mick Harris stuff of old, but that all adds to the sound of a great album.
Two releases and two completely different sounds, looking forward to the next release and witnessing Haxan Cloak live.

So, what ever happened to Last Few Days? I have the Touch 12" + 7", the retrospective LP on Dead Man's Curve and the live cassette on Staalplaat..but what became of Fritz, Si Gross, Keir Warhead and D.Styme? I know they had a brief and fuck awful dalliance with white funk at the beginning of the 1990's and soon became Fontana bargain bin specialists - but what about the last 20 years? Anyone know?