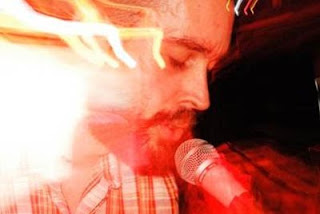 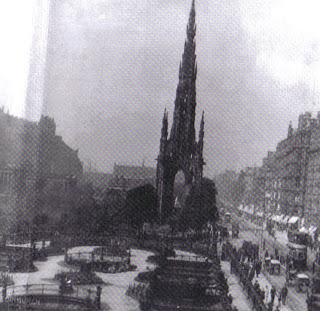 I thought I would try and pass words on all good sounds that came into Hartop Towers this year, and January is shaping up to be a good month. Some old secondhand Dilloway, some new Schuster and some Flutwacht back catalogue to go at - but first. Wounded Knee. Scotland's own Wounded Knee. My mother used to say : If you can't say anything nice, don't say anything at all. Sound advice, but then Clock DVA came along with "Don't listen to your mother"! And that's the one I'll stick with.
I was given a copy of Wounded Knee " Edina Home Brew" CDr last week. I saw it advertised on a couple of forum boards and what interested me was the guy who was releasing it. Tom. His last output was the excellent Culver / Fordell Research Unit 10"/CDr package. A beauty. Tom and his label of no name seem to be releasing some serious shite. It was Tom that turned me on to the likes of FRU and Nackt Insecten three or four years ago, so if he is releasing Wounded Knee that is good enough for me. I got hold of Tom and he kindly gave me a copy....
I was a Wounded Knee virgin and to be quite honest, it should have stayed that way. A few minutes in to playing track #1 (of #2) my jaw was hitting the carpet. What an absolute pile of tosh. One guy, a microphone, some looping / echo / delay apparatus an amplifier that cannot stop feedbacking and what seems to be lyrics like "Bum Bum Bum Titty Bum". There are sections with words that come later (I have played the thing 3 times now - but no more) but "Bum Bum Bum Titty Bum" is the zenith of lyricism held within.
Years ago, years ago, years ago we would come home from the pub and mess about with the tape machine and record pissed up conversations or drumming stuff that was so out of time it was funny and then we would play back the cassette the next day and wipe it. This is what should have happened to "Edina Home Brew". It is that bad. Seriously. I cannot believe that Tom has put £ behind this.
It is not Ivor Cutler or Furious Pig or Mouth. It is very poor.
I shall still buy the next Tom release though....I think that this is a blip in the catalogue (that doesn't exist from a label without a name)...