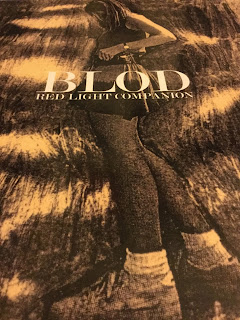 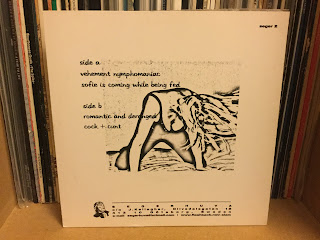 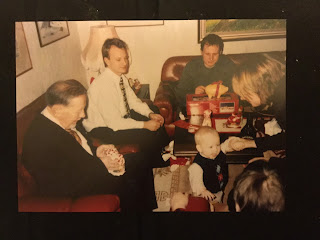 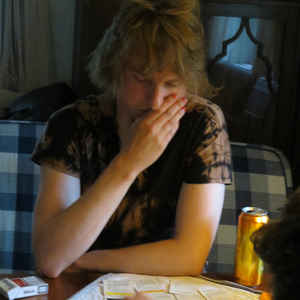 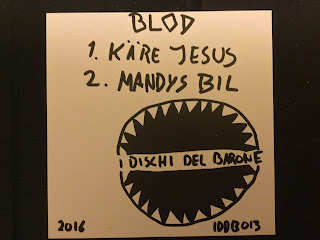 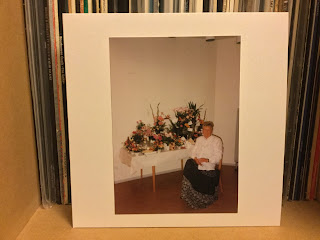 One of the finest labels of the past couple of years has to be I Dischi Del Barone from Göthernburg. Apart from putting out the highly readable Fördämning magazine, they have put out a series of highly essential 7" singles. It all began three years ago with the release of "The Laborartory" by Ideal Fire Company swiftly followed by "Good Intentions" by No Intention. Each 7" is limited to about 200 or so with them selling out rather quickly …
It was with the release of the No Intention single I became aware of I Dischi Del Barone and I have kept an ear and eye on them since. All the singles have a generic design. White card with a photograph or print glued to the front. It really works and thirteen releases down the line it seems to be making sense. I am experiencing conceptual audio art.
At the end of the (last) century I came across the Swedish noise project Blod with their "Romantic + Deranged" 7" EP on Segerhuva Records. Excellent harsh electronic noise with sexual and sadistic overtones. A few years later Segerhuva issued a triple LP box set of their 1990's tape releases called "Red Light District". Compelling stuff. So, I was quite surprised, pleasantly so, when a few weeks ago I saw that I Dischi Del Barone were releasing a 7" by Blod called "Käre Jesus".

"Käre Jesus" (Dear Jesus) is a short piece with double bass, accordion and a chopping acoustic guitar. Traditional music, a kind of sound I would  expect to hear if I was doing my shopping in the Göthernburg store of Lidl. There are voices from a Christian congregation moving in and out, I have no idea what is being discussed but some chap seems to have a megaphone so it might be important(?). Side B is called "Mandys Bil" (Mandy's Car) and is (again) a conversation in Swedish this time about the troubles and travails of owning a car. A saxophone blurts throughout.
One of the finest slabs of vinyl I have heard this year.

And then a good friend of mine mentions that it is not the Blod I know and love but a different Blod. Still Swedish … but different. I thought there had been some change of direction, maybe personnel change and a twelve / thirteen year gap between releases .. ideas and sounds are bound to change. But No (as Colin Newman once said). A totally different Blod. This Blod is Gustaf Dicksson. Gustaf runs the "Music Lovers" distribution company as well as the Förlag För Fri Musik label and being part of Enhet För Fri Musik.
A part of me was slightly disappointed that there are two projects called Blod. (A search on Discogs seems to suggest there are six projects called Blod!). It is something that riles me a little, why call your project the same name as a previous (or even existing) one. They even share the same genre of Swedish Underground / avant grade / electronic music (that's how it is all filed in my head). A few years ago I was sat at a bar in Bristol chatting to a chap about music etc … I was playing the Venn Festival with Anti-Valium & Anenzephalia … and he told me he was in a band called Hunting Lodge. I told him about the US band of the same name, and he had heard of them, but this didn't bother him. Man, did that guy annoy me!

I Dischi Del Barone is an essential label. They release sounds by projects I have never encountered - Sarah Mary Chadwick + Leda being the most recent as well as folk who are making the best sounds around (at the moment) Kostis Kilymis, Krube and Arv & Miljö as exhibit A.
Pay a visit to www.iddb.se and snap the 7" singles up! They don't hang about on lists for long.