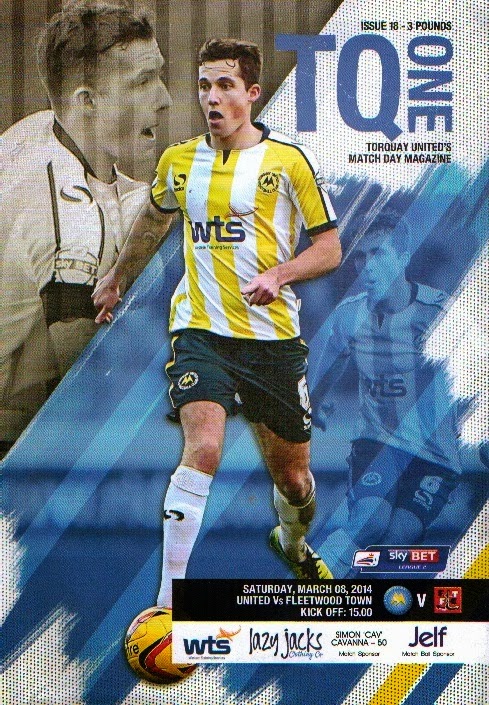 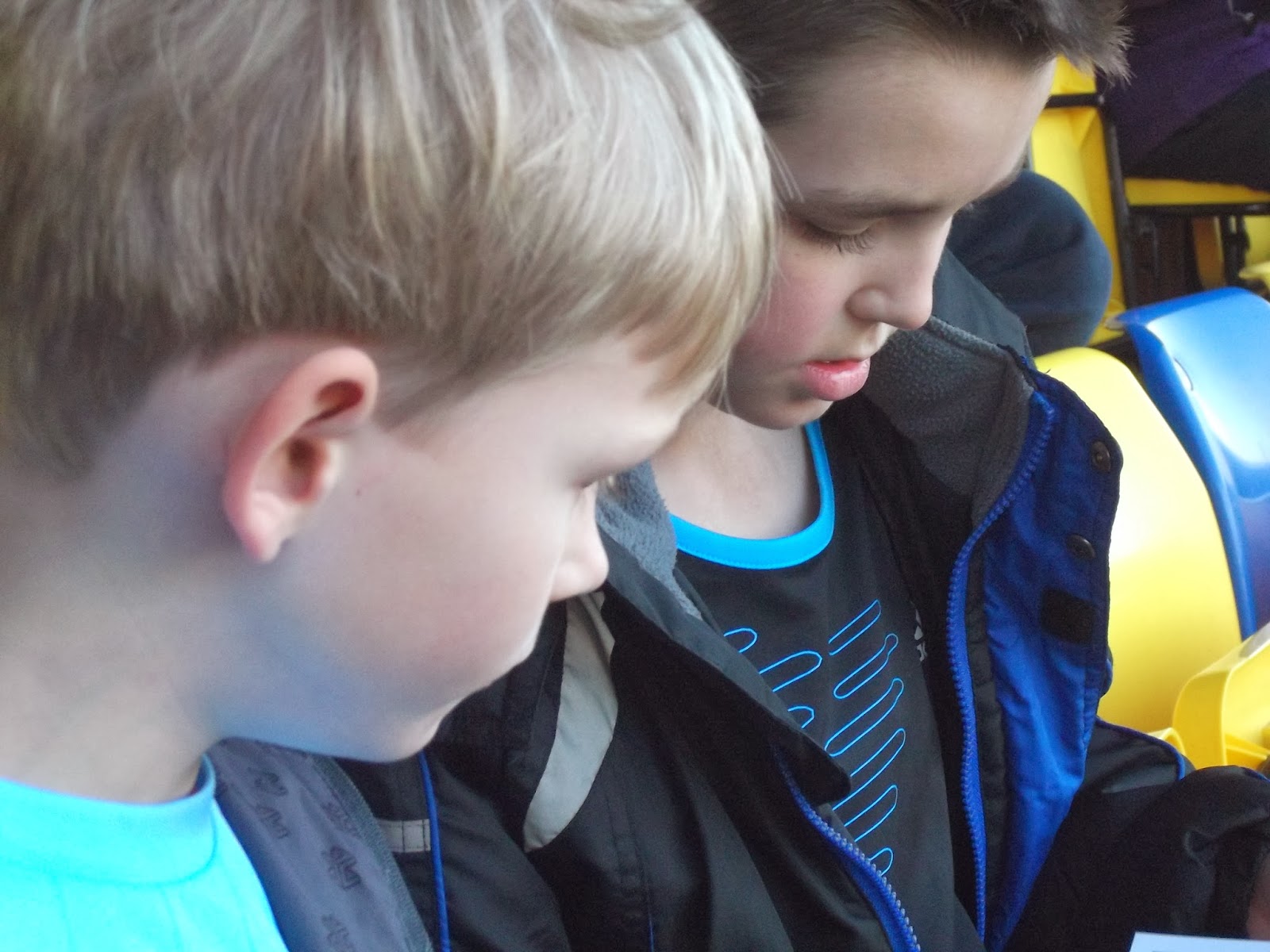 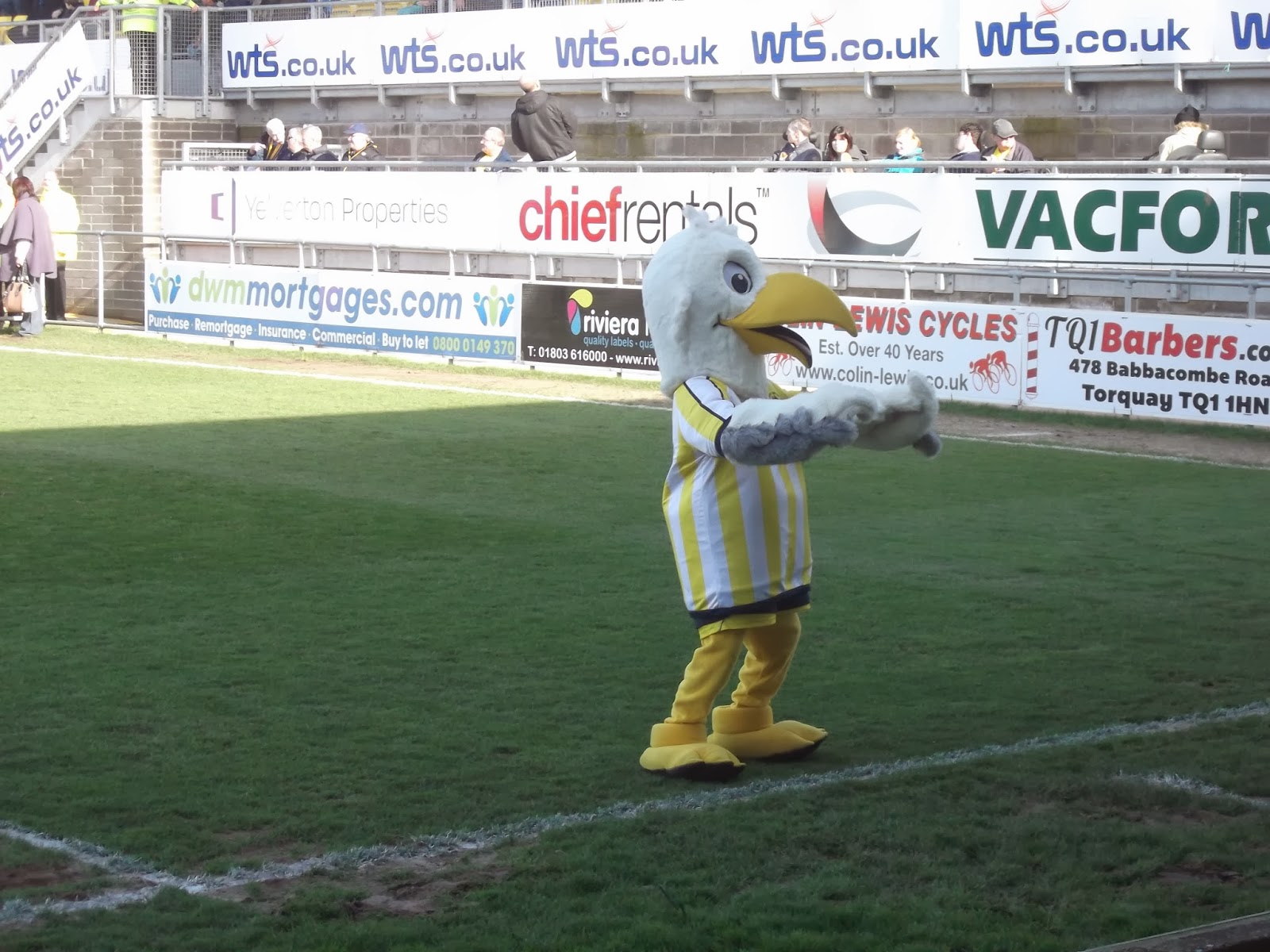 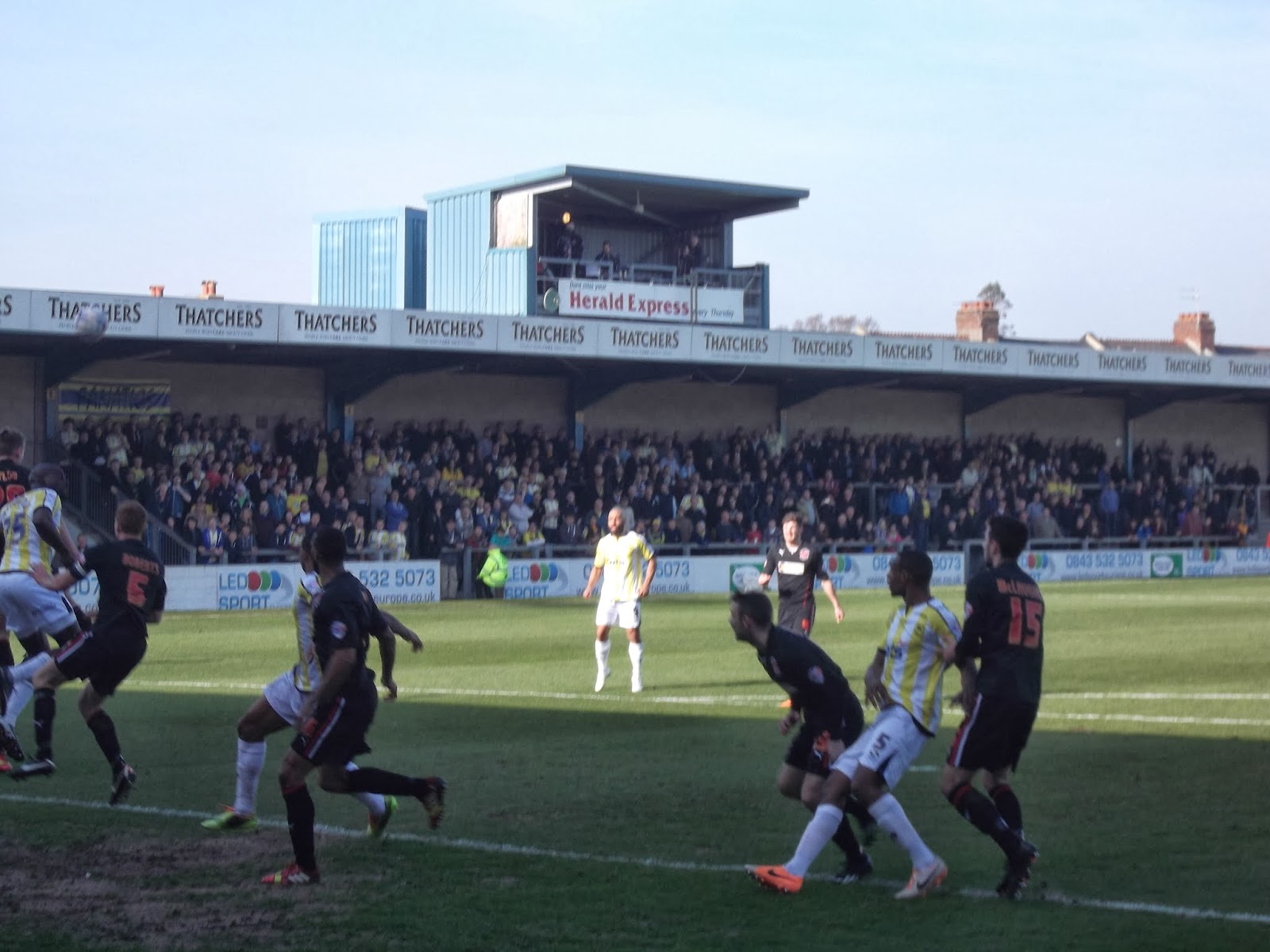 The first real sunny day of the year, so a trip to Plainmoor was necessary. A man from the BBC said it was "Hotter than Greece in the South West" which is nice to know, what he didn't say was that folk in Greece were walking past the Parthenon saying "It's a bit nippy for this time of year", but never mind.
Torquay United, two thirds through the season are struggling. Rock bottom of the football league, and on their second manager of the season. Fleetwood Town (newcomers to the football league) are pushing for an automatic promotion slot - if not then definitely the "play-offs".
The match was OK. Plenty of football being played on the pitch. It was not all kick and rush like the last time I watched The Gulls in action, more like they were when they beat Yeovil Town in a pre-season friendly. Unfortunately they lacked penetration, no-one to get in to the areas and to have a pop at goal, in fact neither keeper was troubled much during the whole match.
Twenty or so minutes into the second half and it is still stalemate so Fleetwood Town make a double substitution and on comes their number 9 Jon Parkin. Built like a centre forward from the 1970's he (naturally) got the abuse of "Who Ate All The Pies?", and "Join Weightwatchers" etc but it was his pass that took out three Torquay Untied defenders, a beautiful (yet so simple) through ball to the feet of Jamille Matt that put Fleetwood one nil up and winners of the match. Torquay United would love a player like Jon Parkin.
Mumbles and grumbles on the walk home overhearing that it was all the referee's fault, poor decisions etc. but it was the match that sees Torquay United all but relegated and playing Conference League football next season. Northampton Town are the team above them and there's a 10 point gap! Never mind at least I will get to see 'em play Lincoln City next season …