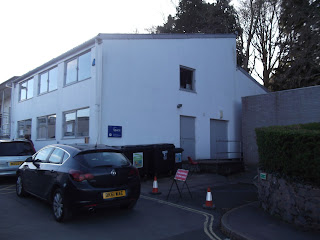 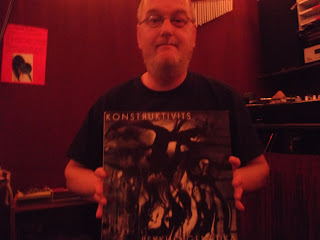 Back in the radio station after the Easter break, and now the weather is turning it is a pleasant walk through Totnes and the grounds of Dartington Hall Estate from the bus station to the radio station. I usually have a few tins of Belgium's finest and a microwave curry whilst waiting for "Honey For Your Ears" programme to play out in the Space Studios Cafe, but this treat was ruined by a troupe of ballet dancers occupying the tables and all talking incredibly loud either on their 'phones or to each other. Fuckwits, I mean, how can you have conversations with folk whilst your wearing headphones / earphones and continually texting? Obviously by gesticulations and shouting. Fuckwits, Fuckwits, Fuckwits .. there got that one of my chest...and just when I thought sod it I'll go for a pint in the White Horse (the pub inside the grounds of Dartington Hall) they all start to leave and head towards the pub themselves. Still, it was beautiful weather and thirty minutes of peace and calm before the radio programme.
The programme was supposed to have been broadcast on April 4 but I found out too late (great song) that the station closed for Easter. The only record change was Not Sensibles instead of The Cramps "Surfin' Bird". It features a 40 minute "special" from Human Larvae. Thank you Daniel.

I have put a picture of me holding the Konstruktivists "Psykho Genetika" LP from 1983, according to the "Encyclopaedia Of Industrial Music Volume 3" this LP on Third Mind Records does not exist, but was released in 1993 as a CD by Jara Discs. That is how bad the discographies are in that book...
I shall upload the programme onto my MixCloud site soon ... I will leave the link below when I do.
Thanks again for listening....

(just having a few technical problems uploading the programme onto MixCloud. Apparently my programme is corrupt)!