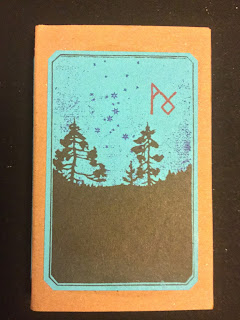 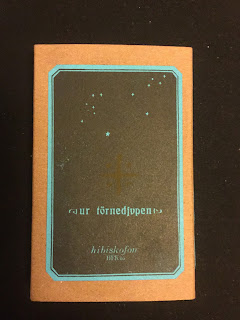 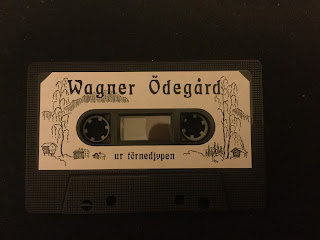 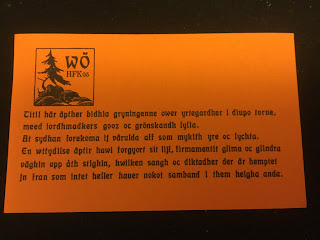 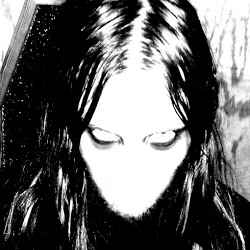 There are a few labels around these days that I will buy from on the strength of their catalogue. I may never have heard of the artists / projects they are releasing but they have never (or virtually never) let me down … I am thinking of labels like Verlautbarung and Fragment Factory in Germany, KIKS / GFR in the UK and Hibiskofon from Sweden. Sweden also have Hästen & Korset and Belaten as essential labels (although I think Belaten may have bitten the dust?). It reminds me of my youth back in the late 1970's when I would buy the latest releases from Rough Trade Records or Factory Records or Fast Product as I knew it would be "interesting".
Hibiskofon started in 2013 with cassette releases from Dusa and Tusen Är Under Jord. Earlier in the year I had played a live gig (as Dieter Müh) with Dusa in Stockholm and really enjoyed his sound. So, when the first Hibiskofon tape came out, Dusa "Segermännen", I had to investigate.
2016 and we see the fifth release from Hibiskofon. "Ur Törnedjuper" by Wagner Ödegård. I had no idea what to expect (soundwise). Wagner Ödegård could be a group or a solo artist … I had no idea and when the cassette came and I plumbed it in I still had no idea who was behind the sound.

"Ur Törnedjuper" is one thirty minute piece repeated on both sides of a C60 tape. Throughout it has the sound of worn vinyl, static clicks and skips. The sound is old and orchestral, opening with dark viking horns and beating drums. Impending and imposing, longships at dawn through arctic mists - think really early Laibach, back to the days when they were on L.A.Y.L.A.H. and Side Effekts Rekords. It's a captivating sound. And then there is a narrative, old Nordic voices start to tell a story, the horns switch to orchestral strings, to organs, to accordion and then piano and the story continues.
With the cassette comes a small piece of text, it may well be the story that is being told but I don't understand the language and the translation app I have doesn't want to know!
The piano plays a beautiful refrain as the story progresses, and then it switches, starts getting all choppy and changing, like the needle on the record is skipping. Perhaps Wagner Ödegård have gotten hold of some old Swedish 10" 78's telling old myths and fables? Perhaps they are treating this like Clock DVA when they added an alternative soundtrack to "The Texas Chainsaw Massacre"? Whatever, it is thirty minutes of magic and a composition / sound I have never heard the likes of before. Immediately turned over the tape to hear it all again. The stirring horns and beating drums … Classic.

So. Who are / is Wagner Ödegård? Research time. It came as a surprise to find that Wagner is a member of Swedish Black Metal group Tomhet. He uses the pseudonym Kumulonimbus, he is also known as Wulkanaz. The full dressed in black with corpse paint type of band. It is an area of music I know very little about. "Lords Of Chaos" on the bookshelf and a couple of Burzum albums I bought cheap to add a soundtrack to the reading (Although I did see Judas Priest live twice back in 1978). If I had done some research before buying this beauty I probably would never have bought it … but then again….I trust the folk behind Hibiskofon.

I have no idea how many copies are available, I bought my copy from Millstone Vinyl of Stockholm but try www.hibiskofon.se first. Essential.