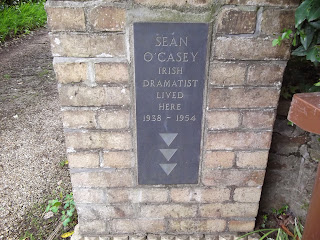 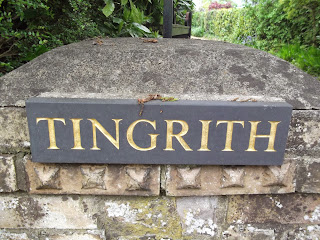 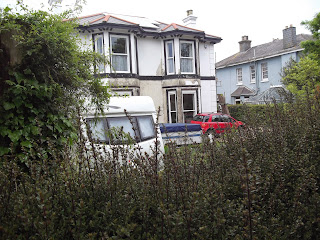 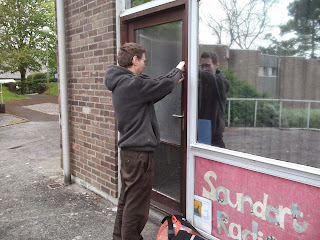 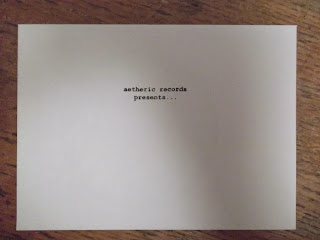 Just around the corner from Hartop Towers is Villa Rosa, a house once lived in by Irish playwright and author Seàn O'Casey. It came as a complete surprise to me that the route I have been walking to SoundArt studios in Dartington passes the last place Seàn lived. "Tingrith" is just inside the border of Totnes along the Dartington Road. Looks a bit like a Buckfast drinker's squat at the moment but the place will always (now) hold an interest for me.
For those that know me will know that I have a diploma of sorts in theatre (light & design), and I have a soft spot for Irish playwrights, Beckett being top of the tree (of course).
Tonights programme was at the new starting time of 8 o' clock. 5 minutes to air and Dave and I discover that we were locked out of the studio, luckily Dave knew the back way in … getting sneaky in sneakyville … and we made with seconds to spare. The programme features a special mix from Alistair of Aetheric Records. For some reason unknown to man, I had written Aethnor Records on my playlist, mentioning this on a few occasions - I apologise. Aetheric Records are based in Sowerby Bridge (West Yorkshire) and can be found at : https://aetheric-records.bandcamp.com They release high quality 3" CDR's, masters of drone and musique concret.
Please have a listen : https://www.mixcloud.com/muhsteve/muhmur-radio-soundart-broadcast-140515/