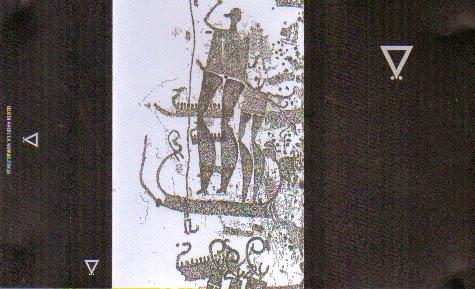 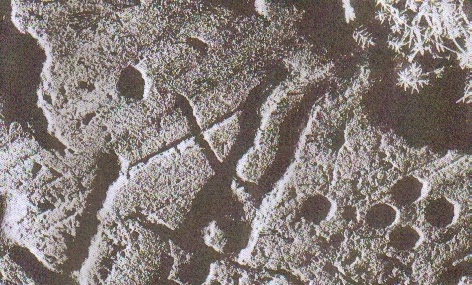 A few days ago a package of cassettes came through from Thomas at Belaten. Included in the package was a "mystery" cassette, a hidden release. No information apart from the labels logo and web address. A search of the Belaten website left me non the wiser. What was I listening to? A short missive to Thomas to ask the usual questions … but Thomas is not telling … I was to listen (and enjoy) without prejudice.
Earlier this year I was invited by Rafal Kochan of "Catcher In The Noise" blog and Impulsy Stetoskopu label to take part in his "Blind Date" series where he mailed me half a dozen tracks without telling me who they were by and I gave my thoughts. It was an interesting experiment where I totally dismissed the works of Bruce Gilbert & Merzbow as amateur and called Sol Invictus a new age rock group and gave kind words to Roland Kayn and Irr.App.(ext). http://thecatcherinnoise.wordpress.com
Giving this cassette its' first listen felt very similar.
Side A seems to be the soundtrack to a documentary on the Eastern Lands. Sounds of India, Pakistan, Morrocco, Thailand are all included and interspersed with commentary / dialogue in a European tongue. The sound quality is interesting. There are moments when the levels bounce into the red, there is an ever-present hum, like the tape is a fourth generation rip off a VHS cassette recorded direct from the TV. Lurid. I am immediately reminded of my copy of the Clock DVA "Texas Chainsaw Massacre (Alternative Soundtrack)" cassette, which itself is a third or fourth generation copy, but the sections where the sounds are lifted directly from the film - with the hum of an old VHS tape - are exactly the same. Sometimes the hum slips and slides giving it all a 1970's feel. Another similarity that came to mind whilst listening was of cassettes that used to be mailed to me by a friend who made frequent trips to India in the 1980's / 1990's. He would record sounds off an AM/FM Radio as well as make recordings on a tiny tinny walkman, stick them on a dirt cheap C60 cassette and mail to me for sampling with. He also used to mail me lightbulbs with swastika elements and bidi cigarettes. Unfortunately his Indian trips ended in the early 1990's. All these thoughts remain whilst playing. It is obvious that i am not listening to an artist / project per se - the cassette is more conceptual. Hanson Records and those Nath Family "Snake Charmer" albums also invoked here.
Side B plays like Brion Gysin's i-Pod. Indian rhythms, African rhythms, chanting, whistling, drones, village songs. Messages from the Aghori. Sometimes the singing sounds Yiddish. Only last week I was listening to a group called Fisherman's Friend, a collective from Cornwall who sing sea shanties, parts of this tape reminded me of this - the rhythms and intensities. At some point the tape seems to get interspersed with "Western" sounds with glistening percussion and trumpets mixing with Tibetan bells and finger cymbals.
Side B ends with Gamelan Music and Tuvan throat singing and sounds slightly familiar.

It is a lovely cassette to have and one that sits on top of the "treasured tape" pile, it has been a good tape to slip in the machine and wander through the daily duties. I can live with this one.
Posted by Steve at 16:37