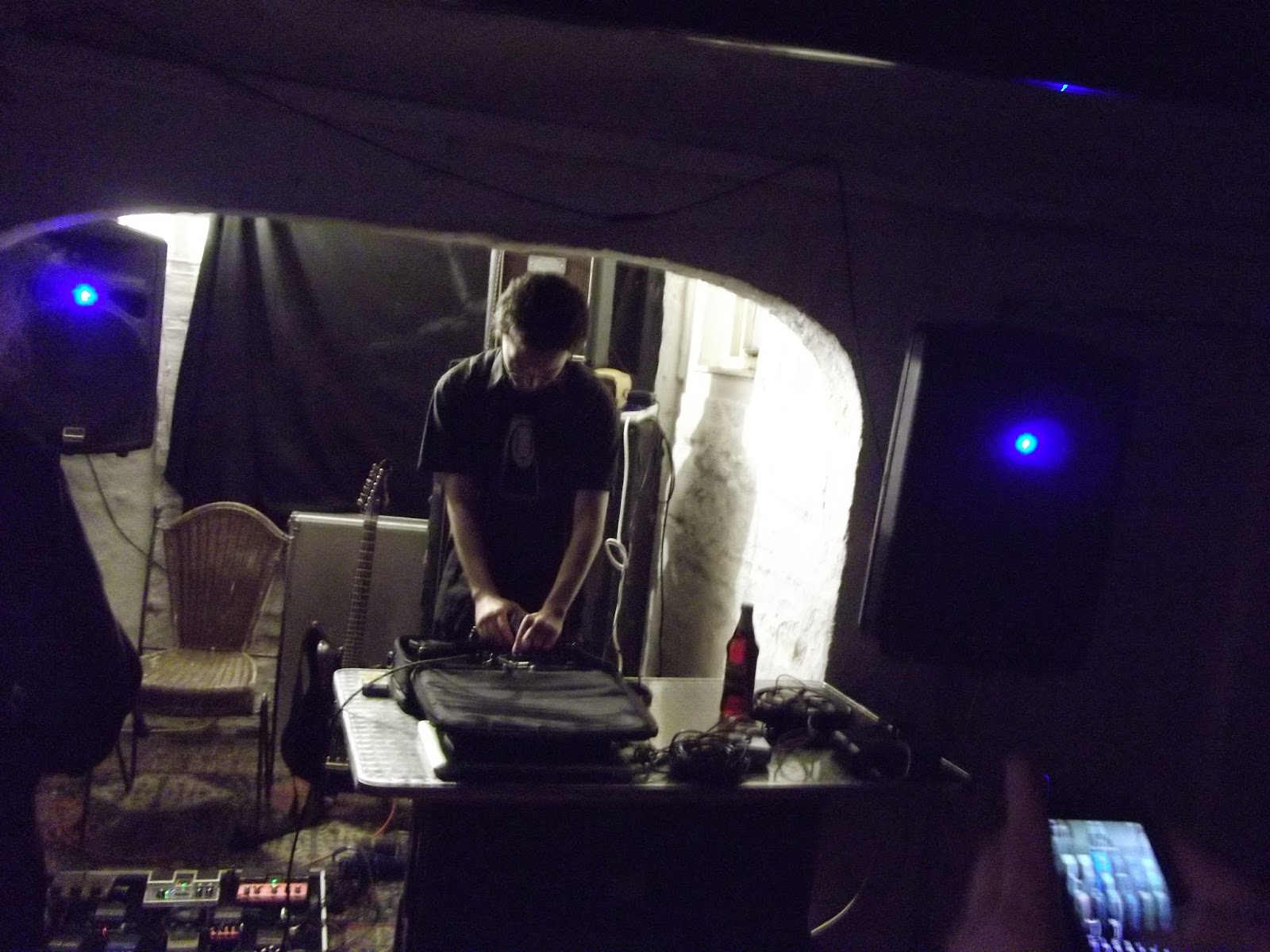 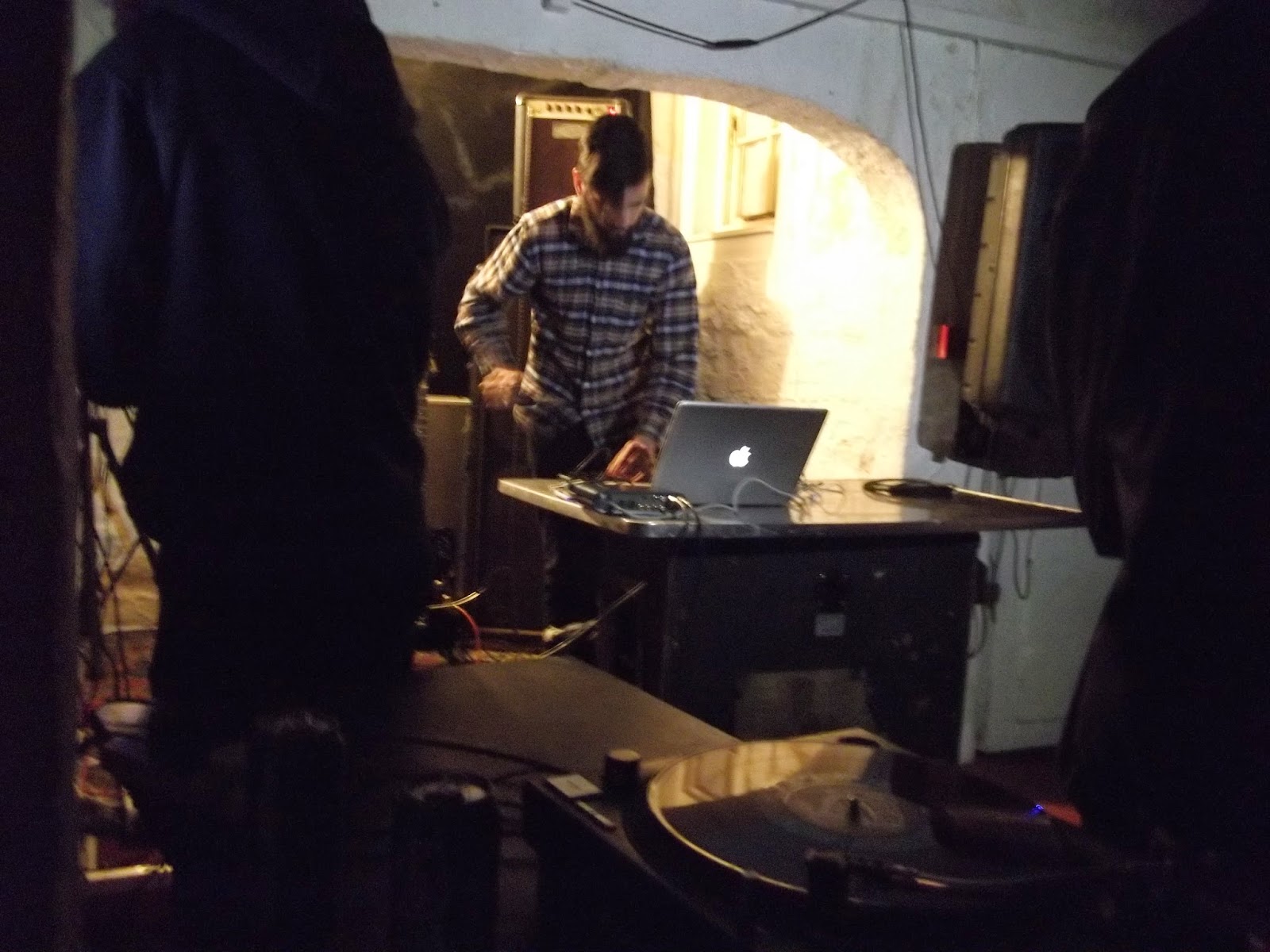 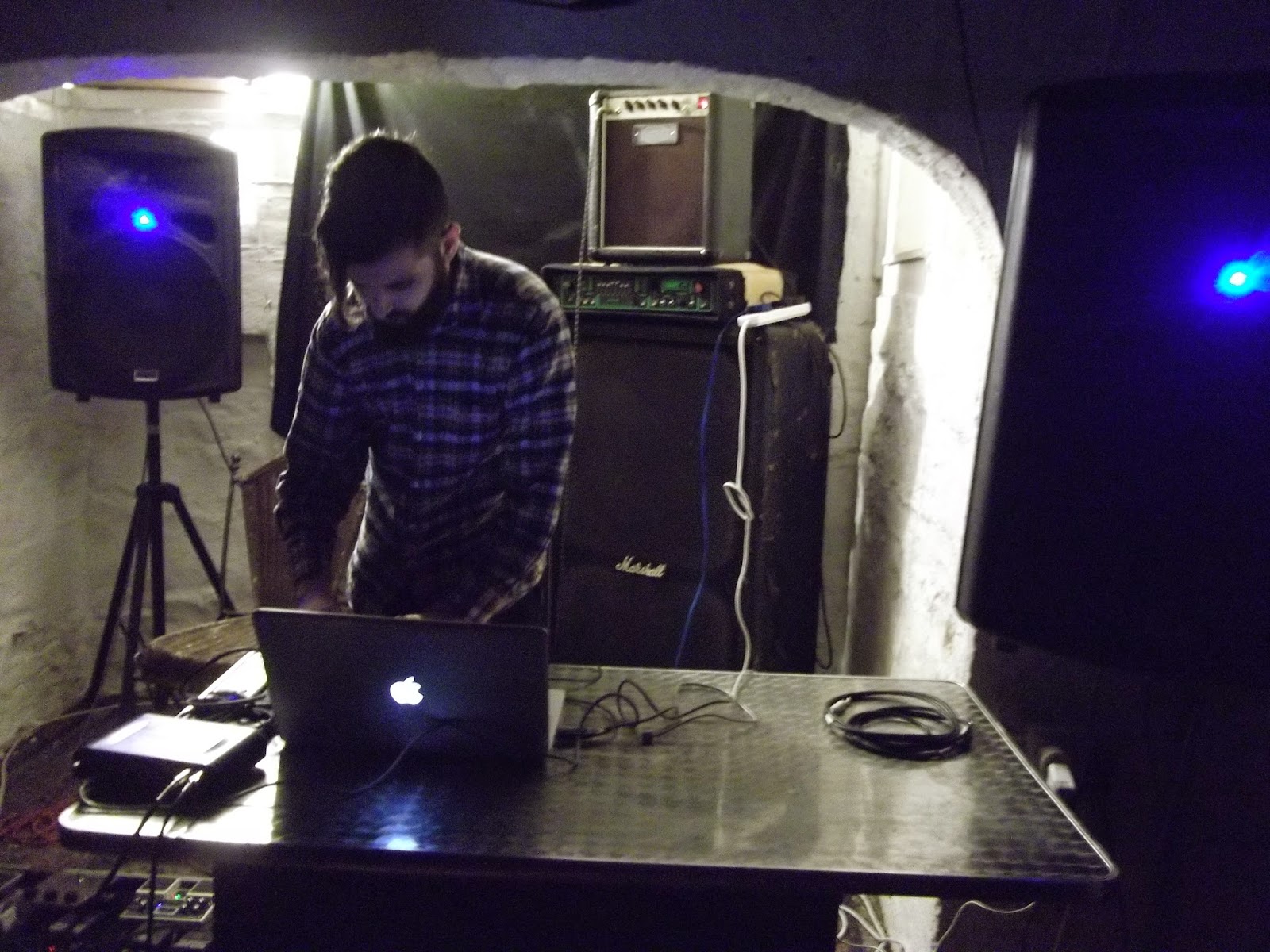 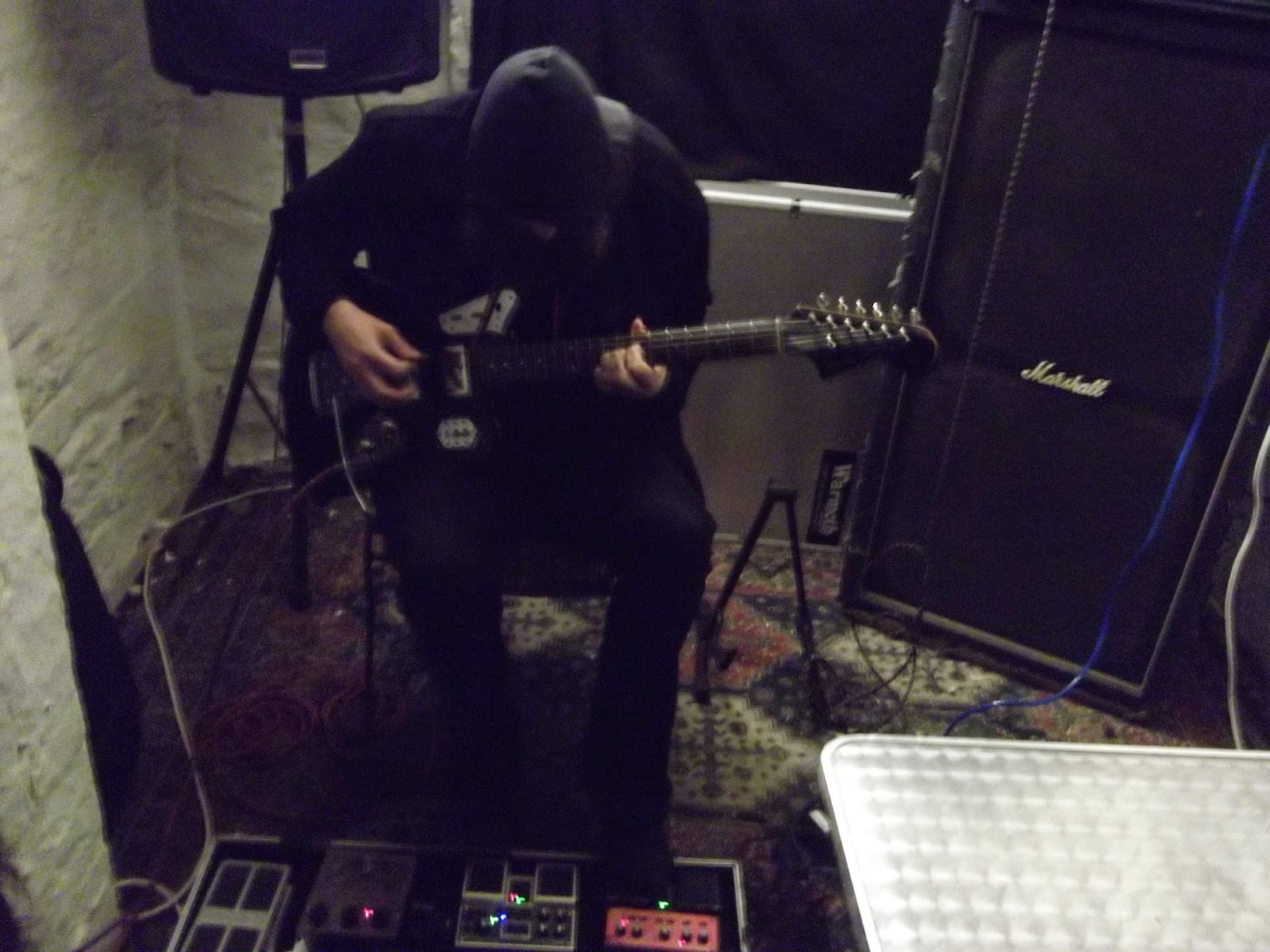 A rainy Sunday evening in Bristol, and one of the best gigs I have been to in a while …. MyTrip, the solo drone project of Bulgarian noisician and writer Angel Godfree (not real name) were ending their week long UK tour at FAG Studiozz, a compact and bijou room in the Stokes Croft area of the City.  As always the gig was running late so there was chance to grab a quick pint in The Bell (my favourite pub in Bristol) before doors. 2 geezers in brand new Aaron Dilloway T-Shirts were DJ'ing glitch and minimalist techno … sounded awful but good to know the The Bell now stocks Marmite crisps .. anyway .. The gig was being organised by Heloise Zamzam and broadcast live on her FAG Radio programme, and alongside MyTrip were Canadian guy Wizard Of, Timothy C Holehouse and London based artist James Shearman. James was on first. One guy with an old field microphone and (what looked like) a Boss ME50 in a suitcase creating patterned walls of breath sounds. Looping and weaving. Short pieces (about 10 minutes or so), t'was an amazing sensation fitting the space well. I asked James if he was selling merchandise but unfortunately the man has no "physical" release so I asked him to do something for MuhMur Radio. I also asked him if he was familiar with Dome or Soviet France as his sound is awfully close (Adrian, whom I was with, also mentioned a similarity to Maeror Tri) but James was unaware claiming William Basinski to be his biggest influence. There is a download album available. http://jamesshearman.bandcamp.com/album/he11stone-visitation, give it an ear.
MyTrip saw Angel perform a thirty minute piece of familiarity. I have a few MyTrip releases, also some of Angel's other projects Zev Died Orchestra and Mother Spit. MyTrip has a unique sound, tonight was slow start to massive bass build, compelling and hypnotic. I think the sound was probably too big for the venue - speaker distortion happening towards the end .. but hey! MyTrip were playing live in Bristol. Discussing the sets later with Adrian we were noticing a return to the 1970's psychedelic, cosmic jam sound, the drifting synth sounds…all very Tangerine Dream and raw Greenslade. Not with Shearman or MyTrip but just in general, stuff in the ambient / drone genre … anyway. Timothy C Holehouse started up  - improvised guitar emoting. It was a shame that at the same time TCH began his set a band started rehearsing in the room next door and their sound was bleeding through the brickwork. It was time to leave …
A great gig, shame to miss Wizard Of and TCH but that is what happens when gigs start late! I recommend keeping an ear out for James Shearman.