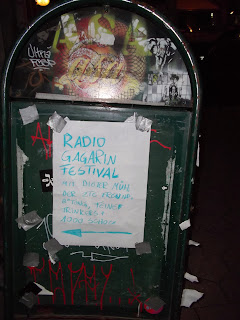 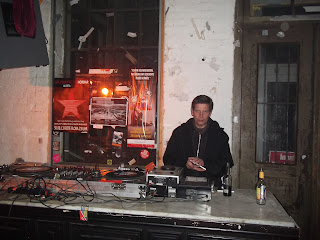 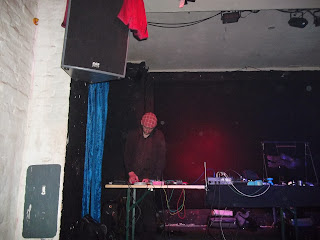 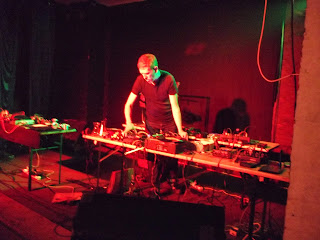 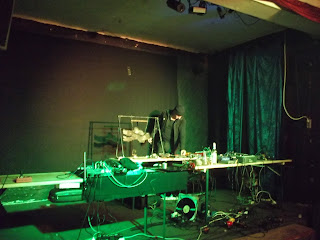 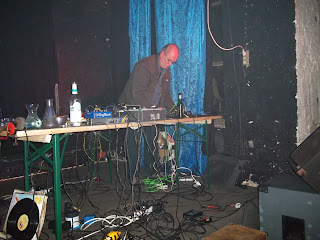 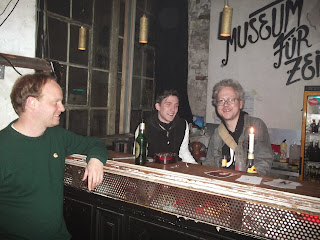 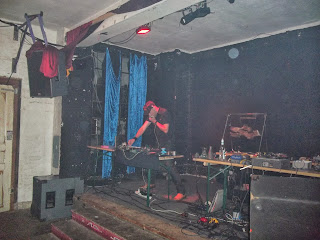 Thirteen years ago Dieter Muh played two gigs on consecutive nights. Dresden and Leipzig, and we did not like it. It was at the end of the "2000 Harbinger Sound Travelling Circus & Freak Show" tour of Scandinavia and Europe. By the time we played these two shows our equipment and patience had reached the end of its tether .. Recently - well the last few performances - my feeling after finishing is "I want to do that again". The night after Bremen I got the chance to play at the Radio Gagarin Festival in Hamburg, and after a great night out in Bremen I was itching to play live again. The company of Jurgen, Chris and Helge helped. I haven't enjoyed myself so much in quite a few months!
The gig was organised by Radio Gagarin. Thomas Beck (AKA tbc) was the coordinator. The venue was close to the St Pauli district of Hamburg known as Gangeviertel. B*Tong played as did Feine Trinkers Bei Pinkels Daheim and local project Der 2te Freund. This evening was my first hearing of 1000 Schoen, the project of ex Maeror Tri member Helge Siehl. Helge manipulated sounds generated from a sculptured piece of metal, a transfixing performance .. and after the weekend I am now addicted to the sound of B*Tong & 1000 Schoen. The sound on the evening was perfection. Monitors (yes ... monitors)! like wearing headphones. It made my sound easier to perform with the minutiae voices and delicate frequencies.
The evening was recorded for broadcast, I will put up a link when available.
DJ for the event was a lovely chap called Martin who spun some Column One, Laibach and Scanner. He should have been working the Asmus Teitchens gig on Friday night.