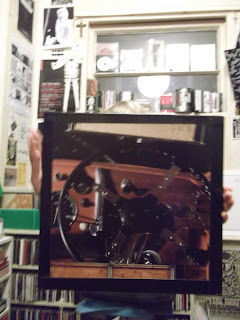 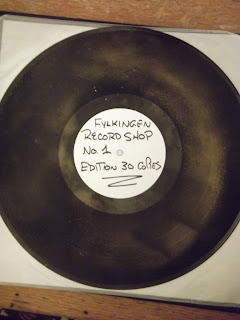 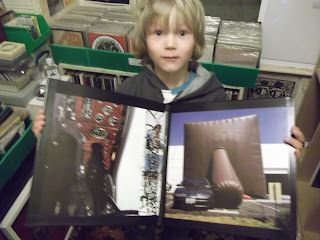 I have managed to get a copy of the Emil Beaulieau "Anti-Record" that was made especially for the newly opened Fylkingen Record Store in Stockholm. "Driven To Extremes" displays 4 high definition photographs of car dashboards and accessories as well as one of a huge inflatable. Quality stuff. The record itself seems to be sprayed gold then sandpapered smooth. The gatefold sleeve is itself held together by strong electrical tape.
A prized possession.
My son Oscar likes the record..the art work anyway...it was quite difficult explaining what an anti-record was and how that if I gave it a spin it would ruin my record deck and stylus. Oscar had never come across the word "Anti" before. (I must play him some early Clock DVA...ha)...