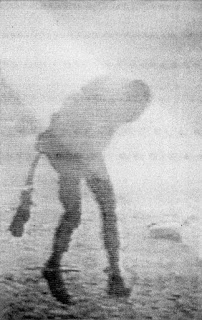 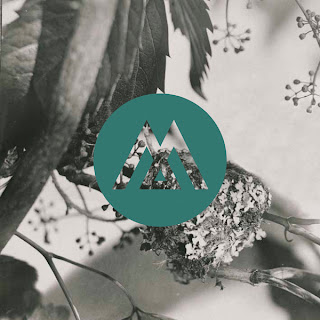 I'm sorry, I'm sorry (as Tanz Der Youth once said), I have been a little slack on the "blogging" front over the last few days (great band). It's not for the want - I have received a lot of great sounds through the letterbox over the past couple of weeks. Stuff by Feine Trinkers Bei Pinkels Daheim, the great 3x7"&CD box by Esplendor Geometrico, a package from Belaten, Emil Beaulieau's Self Abuse LP, Land Observation LP&CD, Thorofon mini LP, Knurl tape and releases from the Lithuanian Terror label, Amph/SSRI and Circulation Of Light tapes, Small Cruel Party CD set from Harbinger Sound as well as results from a shopping spree at Rooster Records in Exeter last weekend - it's just taking care of Baby Edgar and the others and preparing for the inaugural MuhMur Radio programme (tomorrow night at 21:00 GMT) has shrunk the time for listening to sounds .. and I'm usually tucked up in bed by 10pm knackered.
So, I'm sorry, but as Baby Edgar (and Tamsin) are sleeping more throughout the day time is becoming available.....
Have just spent a pleasant while listening to the latest release by Soma Sema. I first heard Soma Sema on the compilation cassette "A Somatic Response-A Mixtape Curated By Soma Sema" released earlier this year by Swedish label Belaten. Their track on that tape "Dream Baby Dream" is good enough to win Eurovision.
A lot of bands/artists I listen to (nowadays) claim to be influenced by SPK. SPK as in Surgikal Penis Klinik or Sozialistiches Patienten Kollectiv not SPK "the Nettwerk years". Soma Sema have a sound of SPK circa the "Gold And Poison" album, there is certainly a ghost of the tracks "Crack!" and "Breathless". To me it sounds like 80's synth-pop, technological and motorik. I think it is now called Cold Wave (?) I could be wrong, and the sound (here) is really warm so the tag doesn't fit ... but I think you'll find Soma Sema filed under "Cold Wave". Anyway, their latest release is "Artificial Heart" a great slice of 7" vinyl on the No Emb Blanc label. It has me and the kids dancing and moonwalking across the room every time it is played - it has caught the zeitgeist of Hartop Towers.
Soma Sema are a (pop) duo consisting of vocalist Clara Hall and Swedish musician Th. Tot. I received this 7" with a trio of cassette tapes on Belaten, the bijou label operated by Thomas Ekelund of Trepaneringsritualen fame. In there was the cassette "Kalla Rytmer Att Dansa Till Ensamhet" by Ekman. I have no idea who Ekman is or are. The sound is very bare bones techno, drum machine, bass line, synth melodies - very basic two (maybe four) track recordings. It reminded me of the early Detroit Techno sound, Cabaret Voltaire, 808 State and Underground Resistance. It's a strange little tape (a C18) that had me tapping the table and picking up the guitar and trying to "funk along" - I kid you not! I am liking the output of Belaten, it is sounding fresh and variant and pleasantly surprising.

Both Soma Sema 7" and Ekman can be bought from Thomas at Belaten. www.belaten.se