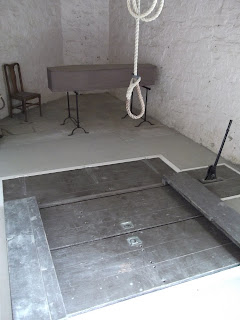 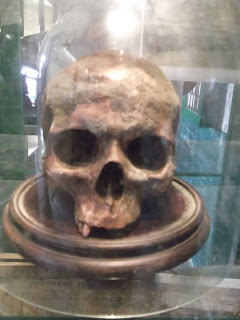 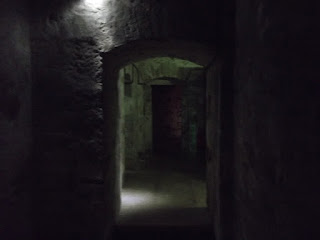 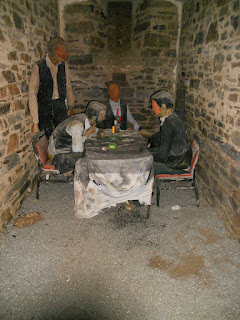 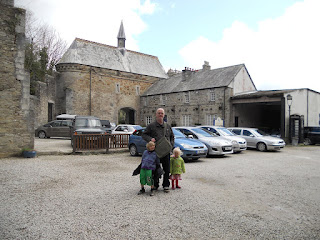 "ever had the feeling you've been cheated ?"

It is half term here in County Devon, Easter school holidays which means trips out and about across Devon & Cornwall. I know I should be head down and rehearsing for the upcoming gig in Stockholm, but also I've got to keep the kids entertained....somehow!
This holiday we have decided to do castles and beaches, and momentarily veered off the plan and went to see Bodmin Jail in Bodmin, Cornwall.
Their website on the Internet bigged it up somewhat and I really enjoyed the Dartmoor Prison Museum in Princetown...so I thought...why not?

Why not, indeed. Why not...because the museum is very cheap and "tacky" and not real value for money. The museum is an add on to a hotel & inn, the entrance to the museum is second door on the left at the end of the bar.
Admission is £6.50 per adult, £4.50 for a child between 5 and 15, under 5's are free. (a £25 family ticket is available). Exhibitions inside the museum are poor, very poor - badly lit cells with ancient featureless "dummies" enact out scenes of murder, arson, bestiality (yes...really), suicide, illegal cow milking and reasons why folk were incarcerated in Bodmin jail. I cannot say in words how stunningly cheap and useless these "dummies" are. Stories of the imprisoned are littered about the jail, again badly lit and some were unreadable - obscured by darkness.
The emphasis is on the horror, and with dummies being hanged, or with their throats cut, or dismembered on the jail's hospital table it is highly unsuitable for children. The "lunatics cell" is an insult to my intelligence.
There are slight glimpses of interest, like the "treadmill", and Execution Room, but I did not get a real feel of the horror/hardship of prison life...just one of being cheated out of my hard earned cash.
There was a strange room with tales of hangings and executions in Devon & Cornwall posted on the walls, stories of the judges who passed the death sentence and of executioners (not whilst this jail was in use)...and then there was notices telling us of how Peter Sutcliffe and Roy Whiting and Ian Huntley live lives of luxury at the expense of me - the UK tax payer...and really they should be executed shouldn't they? I began to feel a little queasy...have I passed over my money to some pro-capital punishment organisation?
A shopping complex called Trago Mills is close by and that is run by a homophobic xenophobe and is a money making tool for UKIP (NEVER shop at Trago Mills folks)! Is Bodmin jail the same?

Bodmin jail has 4 floors of tack to explore...the pamphlet tells us to "visit the 6th floor tower room and discover its purpose". So I did, to discover an empty room that was used to house a central heating unit back in the 19th Century! Mystery & intrigue, eh?
The jail does ghost tours and has its own psychic (or mind monger if you prefer) - that is how tacky it all is - a shame because the building is great...imposing on the Bodmin skyline (built in 1779), just a shame it is owned by some shyster entrepreneurs and not English Heritage or National Trust.
If you are on a family holiday in the South West, please avoid this place - go to Boscastle Witchcraft Museum or Princetown Jail Museum....