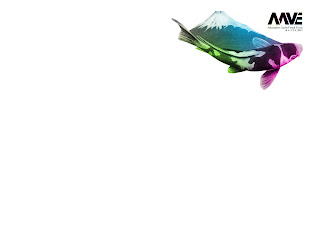 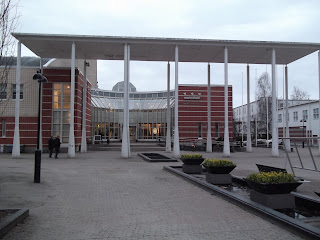 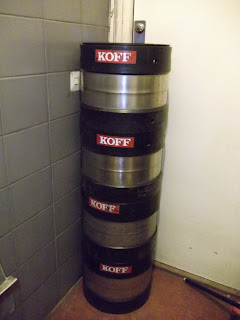 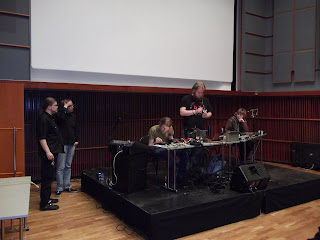 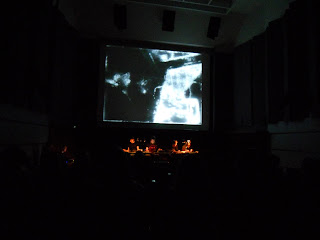 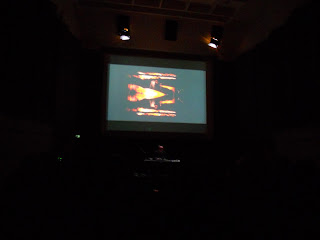 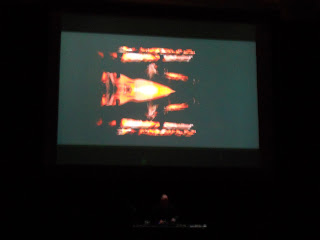 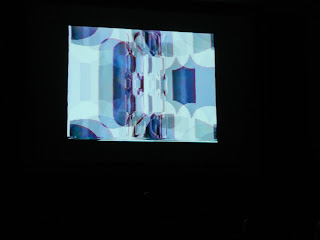 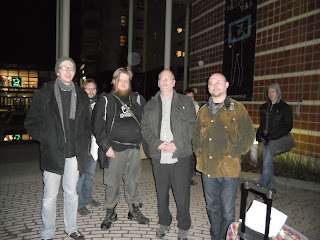 The first live performance of Dieter Muh this year took me to Helsinki and an appearance at the AAVE Festival at the Malmitalo. AAVE standing for "Alternative Audio Visual Event". I like playing festivals because as a rule they are well organised with strict time frames and extra care is taken for the artists. Venn Festival in Bristol, Equinox Festival in London and the WGT Festival in Leipzig and now the AAVE Festival in Helsinki, all no exceptions to the rule.
The Malmitalo is a Kulturhaus built in Malmi, a district on the outskirts of Helsinki. The whole district had a "Soviet" feel (especially on a cold April night). Dieter Muh were to perform in a small (studio) cinema under the heading of "Live Cinema". I was to perform a live soundtrack to the films "Burning Dogs Teeth" by Tim Bayes and "Dream-Machine" by Simon Kane. Both films were edited by Tim to run for 42 minutes.
For the sound, I began with the sound of vinyl run out grooves building to a level of chaos ( mainly using sound samples supplied by Schuster) before reaching a plateau and introducing multi-layered gourds and bowed cymbals then bringing to birth the track "Everything Stops" from the "Tertium Organum" LP. I first tried this build (using different samples) in London last December and enjoyed it, I thought I would try it again. For the "Dream-Machine" I used two separate rhythms and by 40 minutes I was letting my machines play themselves, so I walked off backstage for a swig of beer.
The sound (orchestrated by Simon Kane) was crystal clear, although I did think it could have been louder, I am not used to playing to seated audience in small cinema situation, and Tamsin was glad she didn't have to wear earplugs! The evening may or may not have been filmed or recorded, I have yet to hear back from the people concerned. A shame, but the whole experience will stay with me, so recorded or not it was one hell of a night. It was good to see Tommi from STROM e.c., Mikko Aspa and Sebastian ("now you play arty-farty music") Sarekallio show for support.

Also playing were Grey Park. GP performed a live improvised set to a film of them going in to the Suomi outback to make a cup of coffee. Whilst this was being shown two camera guys mixed in images of their performance. Complicated and fascinating stuff that made the images almost three-dimensional. The sound moved along with the film - it troughed at times but never too deeply, and in parts peaked to electronic bliss. I am partial to shortwave radio transmissions...
This was the first time I had seen Grey Park live, hopefully they'll play the UK soon, an ideal band for ILL FM and The Others!

Interesting weekend for Dieter Muh with a gig in Helsinki and an appearance on the "You Are Playin' Like A Fuckin' Pub Band" compilation series.