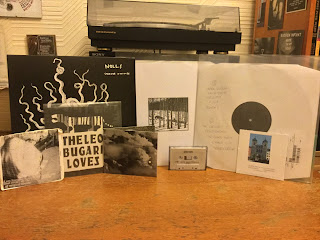 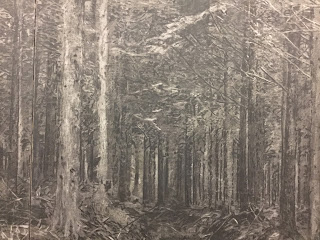 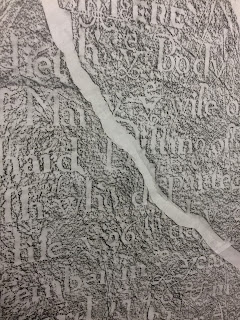 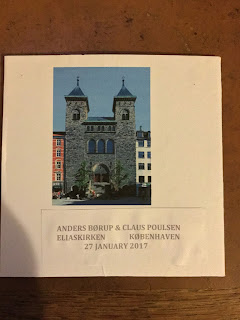 This programme begins with a 53 minute live recording from Anders Børup and Claus Poulsen. It was performed on the 27th January this year at the EliasKirken in Copenhagen. Anders and Claus make up two thirds of Danish trio CAM. Claus also performs in Star Turbine and Small Things On Sundays.  The recording is exclusive to MuhMur Radio, as are the two pieces from Grey Park. This is their second MuhMur Radio "Session" with "Left Hand Electronics" + "Meet The Ancient". Although Grey Park are a fluid co-operative I think Nosfe + Plaa are involved in these tracks. With these exclusive recordings I decided to complete the playlist with Scandinavian sounds … including the whole of Side A of the new LP from Wagner Ødegard. "Nidvintern". The Treriksröset track comes from the new Harbinger Sound Sampler. A double LP out on March 23.
Please copy & paste : https://www.mixcloud.com/muhsteve/muhmur-radio-soundart-radio-broadcast-02032017/

Outside the radio station, on the wall of the Space Studios is an exhibition by Exeter based artist Richard Rochester. The charcoal drawing of "Newton Woods" and the grave headstone rubbings are from the exhibition. If you visiting Dartington Hall it is well worth a look.