Ke/Hil is habitat industrial, field work closely observing a deprived and callous population’s behaviour in a hostile environment, while seeking to wipe away the neon gloss from facades, showing gloom and bleakness lurking behind, exposing the ultimate cause for resistance without anything to achieve but resistance going on … - look from inside a precarious scenery! Formed by B.Moloch and W.Herich.

The project is back from a 5-year long break in concert activity to perform its first show in Germany.

"Continuing on an exploration within the original aesthetic of industrial music Post Scriptvm creates track after track of compositions that challenge the preconceived notions of music and reformulate these into a powerful and darkly unsettling amalgamating of noises, distorted sounds and dense thick drones to produce a bleak, sludgy ambience that sits uncomfortably between the dark ambient and death industrial genres whist still having one foot firmly rooted in the old-school styled industrial soundscapes." (Judas Kiss)

"A downward spiraling carousel takes you on a ride through vibrant and surrealist visions of horror, paranoia and civilization in decline with the darkest atmospheres wrapped in mystic transmissions and unholy rituals, acoustic sound manipulation and organic drones. Hypnotizing dark ambient with visceral intensity and flowing analogue pulsations." (Gothtronic)

"Rather than suffocating the listener in endless rounds of rumbling darkness Post Scriptvm transports the listeners down a desolate road of mental imbalance, naked aggression and nightmarish soundscapes. The music is your guide but the journey will only be as harrowing as your imagination." (Heathen Harvest) 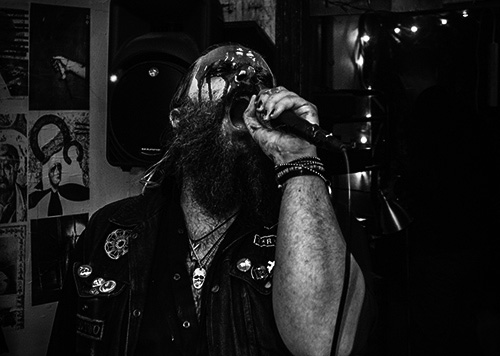 Trepaneringsritualen explores themes of religion, magick and the occult realms of consciousness, taking its musical cues from the old school of ritual ambient & death industrial. Rhythmic and seething at times, and oozing forward with a creeping sense of desolation, Trepaneringsritualen conjures forth bleak but mesmerizing visions of the end-times.

Active since 2008, T × R × P have racked up a fair amount of cassette releases on renowned labels such as Hanson, Small Doses and Harsh Head Rituals, with 2012 seeing the first vinyl appearance in the form of »Deathward, To The Womb« 10" on RTB Records. 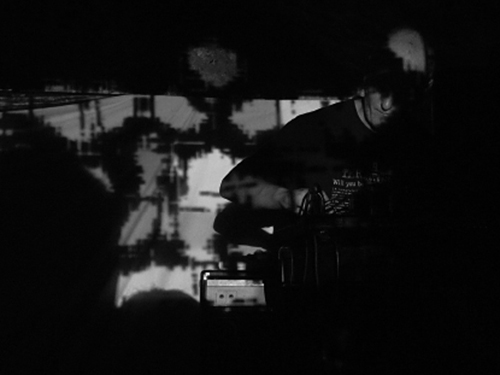 “Murky sound sculptures that verge on aural surrealism from a project rarely glimpsed in the wild” (Feral Debris. 2012).

Dieter Müh is the solo project of Devon (UK) based sound artist Steve Cammack. Dieter Müh were created as a trio in 1994, but has been a solo project since 2009.

The live sound of Dieter Müh (2013) is construction and de-construction of prepared loops and drone walls. Steve works with manipulated acoustic sounds, percussion, metals, glass as well as spoken word.

In the past Dieter Müh have been released by labels as diverse as EE Tapes, Tesco Organisation, Hanson, Harbinger Sound, Xerxes and Licht Und Stahl. The 2012 LP “Heterodoxie” was released by German label Verlautbarung. 2013 and Dieter Müh are working on an album for French label Force Majeure.

Steve Cammack also operates his own label Haemoccult Recordings and has his own radio programme; “Muhmur” on SoundArt FM.
Live in Paris photograph by Sylvie Carteaux

Anemone Tube was founded 1996 in South-Germany; since 2010 based in Berlin. The audio works of Anemone Tube are a unique blend of dark ambient, noise, industrial and soundart with a strong psychogenic impact. The use of constantly shifting and altering sounds and moods is possibly one of the most intruiging things about the audio creations of Anemone Tube.

Since 2007 Anemone Tube has been working on "The Suicide Series". To this fieldrecordings made in different parts in the world build a conceptional basis. In a poetic way Anemone Tube combines analytical realism of the phenomenal world with buddhist psychology and nihilist rhetoric influenced by the works of Michael Haneke, Hayao Miyazaki, H.P. Lovecraft and Yukio Mishima. CD and vynil releases on labels such as Auf Abwegen (DE), Peripheral Records (GB), Silken Tofu (BE) and Topheth Prophet (IL).

“Anemone Tube stands out among other projects in the genre not due to the quality of his music but rather the psychological basis of it.” (Encyclopaedia Of Industrial Music, Rafal Kochan, 2010)

"Effectively Anemone Tube achieves a sound that spans the divide between ‘academic’ experimental material and ‘underground’ industrial territory. Likewise within this context Anemone Tube have achieved a particularly unique sound, which these days can be a challenge to say the least within ambient/ industrial spheres."
(Noise Receptor Magazine, February 2013) 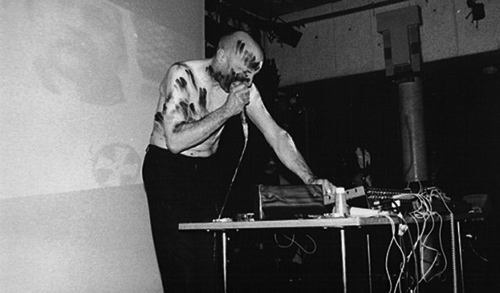 Mike Dando, based in London, has been active since the early 80s as musician & conceptual artist and is best known through his notorious, confrontational performances with his power-electronics project CON-DOM. His controversial religious and political artworks have earned him widespread recognition.

We are honored to welcome Mike Dando on our festival, who will present his short films and experimental movies for the first time ever to an audience. More than 50 minutes of video footage had been exclusively produced by Mike Dando for the Epicurean Escapism Festival, and which will also be released on the festival compilation on DVD including 2 more short films not shown on the festival.